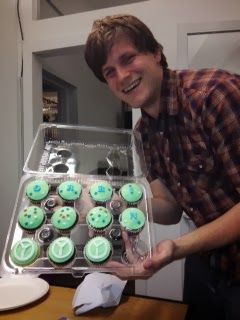 On Friday, December 13, Vidicom hosted a send-off party for one of our favorite editors, Orrin Luc, who will travel to El Salvador in January as a Peace Corps Volunteer. Tiffany Stinson baked her delicious cupcakes: chocolate with chocolate covered strawberries and red velvet with chocolate frosting and most of them were gone by the end of the work day.

Christy Ferer and the Vidicom team wish Orrin the best of luck as he ventures off to South America and begins a new journey in his life! He will surely be missed!
Posted by Christy Ferer at 8:59 AM No comments:

Happy Thanksgiving from Christy Ferer and the Vidicom Team!

With Thanksgiving only a few weeks away, people all over the country will be traveling to spend the holiday with family and friends. Unfortunately, there is a strong storm system heading towards the Northeast. According the New York Times, "more than 40 million are expected to drive or fly at least 50 miles for Thanksgiving." Christy Ferer and Vidicom employees will celebrate early with a pot luck lunch that will surely get everyone in the holiday spirit.

To read more about the winter storm, click the link below:
http://www.nytimes.com/2013/11/26/us/wreaking-havoc-storm-system-heads-east.html?_r=0
Posted by Christy Ferer at 11:43 AM No comments:

Comfort Food for the Flu From the Vidicom Team

It's me Shartina! I recently had to take time off from work at Vidicom, a company founded by Christy Ferer, due to the flu. Many people (including myself) will try to work sick because they truly enjoy their jobs and co-workers but working while under the weather is the worst thing you can do for your co-workers and the company. Since I am new to Vidicom, I felt even worse that I had to take time off but in actuality staying home and getting better is also apart of displaying characteristics a devoted employee. Healthy employees is a company's greatest asset.

While at home missing all the action in the office, I made some comfort food. Many people run for soup but I was not in the mood for a watery meal. Instead of soup, I made baked mac and cheese. The crunchy topping of the cheese and bread crumbs complimented the gooey mixture underneath. Normally, I using make this dish with extra flour during the holidays so each serving is a perfect cube. Perfect cube servings makes it easier to serve especially to a full house. 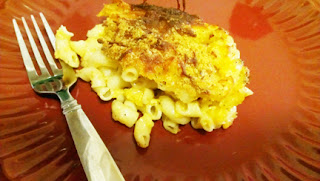 Here is the recipe that I used but feel free to make changes. I will add some helpful tips that will allow you to make it your own.

Ingredients
In a large pot, add salt, pepper and water, bring water to a boil. Add elbow macaroni to boiling water and cook pasta to your liking. Strain pasta and pour in to grease 9 x13 baking dish and set aside.

In a sauce pan, pour milk and bring to a boil. Reduce heat and add mustard, salt and pepper. Slowly add cheese to sauce pan and stir. Slowly add flour until sauce thickens.

Pour cheese sauce over macaroni and mix sauce and pasta together. Top the dish with shredded cheese and bread crumbs. Place the dish in the oven and bake for 20 min (uncovered) or until the topping is golden brown.

Posted by Christy Ferer at 8:55 AM No comments:

My name is Charlie Vella, Vidicom's all-star Account Executive, and I just moved from Albany, NY, to the East Village in June. New York is an entirely different world from Upstate NY, and I’m still trying to keep up with the faster pace and stay out of the bike lane. Previously, I worked in communications for an advocacy group up in Albany.

My claim to fame: I acted as Damien the Great Dane, UAlbany’s mascot. Here’s a picture of me doing my thing:

When I’m not selling spots on media tours with Christy Ferer and the rest of the Vidicom team, I’m continually exploring this gigantic city. I love going to shows, parks, brunch, meeting new people, and trying whatever new activity pops up. I have a weakness for tapas and dive bars, and I’m also a karaoke all-star.
Posted by Christy Ferer at 11:49 AM No comments: 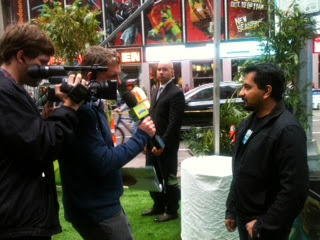 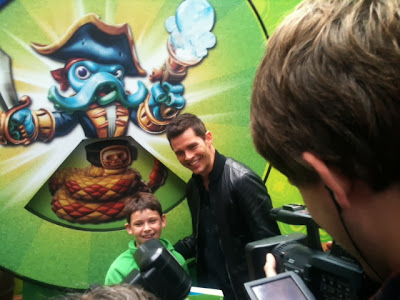 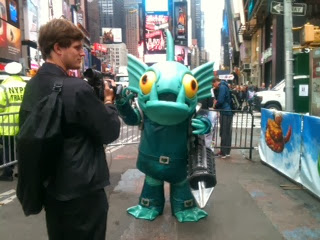 Posted by Christy Ferer at 8:51 AM No comments:

My name is Shartina and I am the Digital Art Director/IT here at Vidicom, a company founded by Christy Ferer. I recently graduated with my Master's Degree in Fine Art from NYIT. My thesis in graphic design and board game construction was the first of its kind in the school's history.

I grew up in Harlem and I currently reside in the historic area of Parkchester built by the Met Life in insurance company in the 1940's. Parkchester is a hidden gem in the Bronx only an hour away from the Midtown office.
Posted by Christy Ferer at 7:33 AM No comments:

Meet the Vidicom and Citybuzz Team! 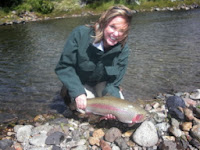 A seasoned news personality with a pioneering vision, Christy started Vidicom in 1982 and spearheaded its growth into the force it is today. She is the author of several lifestyle books, serves the Mayor of New York City as the liaison for 911 issues and serves on several not-for-profit boards. She is also a former Commissioner of the Port Authority of New York and New Jersey. 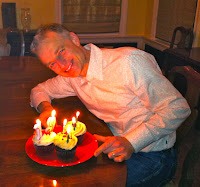 Sebastian brings 15 years of experience as a TV news and documentary producer for major networks. As a Media Strategist, he puts this experience to use by helping PR professionals craft and develop effective media campaigns that are seen and heard by millions of consumers.

An accomplished producer of multimedia driven news segments, Sky brings more than 10 years of production experience to Vidicom, with past stints at E!, Disney, Sony, NBC, and ABC. 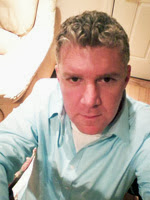 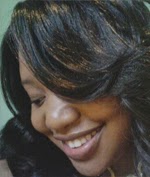 A graduate of New York University, Luis brings many years of experience in marketing and public relations to Vidicom. He enjoys independent films, travel and is a dedicated lifelong learner who is passionate about advertising and brand management.

Ed has experience selling integrated advertising campaigns for media companies as Newsday, MTV, Scholastic and The Washington Times. He has worked with a small NYC based talent agency as a Sponsorship Sales Manager responsible for selling corporate sponsorships around events as well as booking celebrity music artists for concerts/festivals. Ed graduated from the University of Tennessee with a Degree in Marketing.

Recent college graduate of Merrimack College with a BA in Mass Communication and a minor in Social Psychology, Dana comes to Vidicom from her time at Clear Channel Communications, where she was the Lead Writer and Marketing Manager. In her spare time, she loves hitting the beach and spending time with her pug Toby.
Posted by Christy Ferer at 11:29 AM 1 comment: